The Isotopes–Live Music in The Lodge 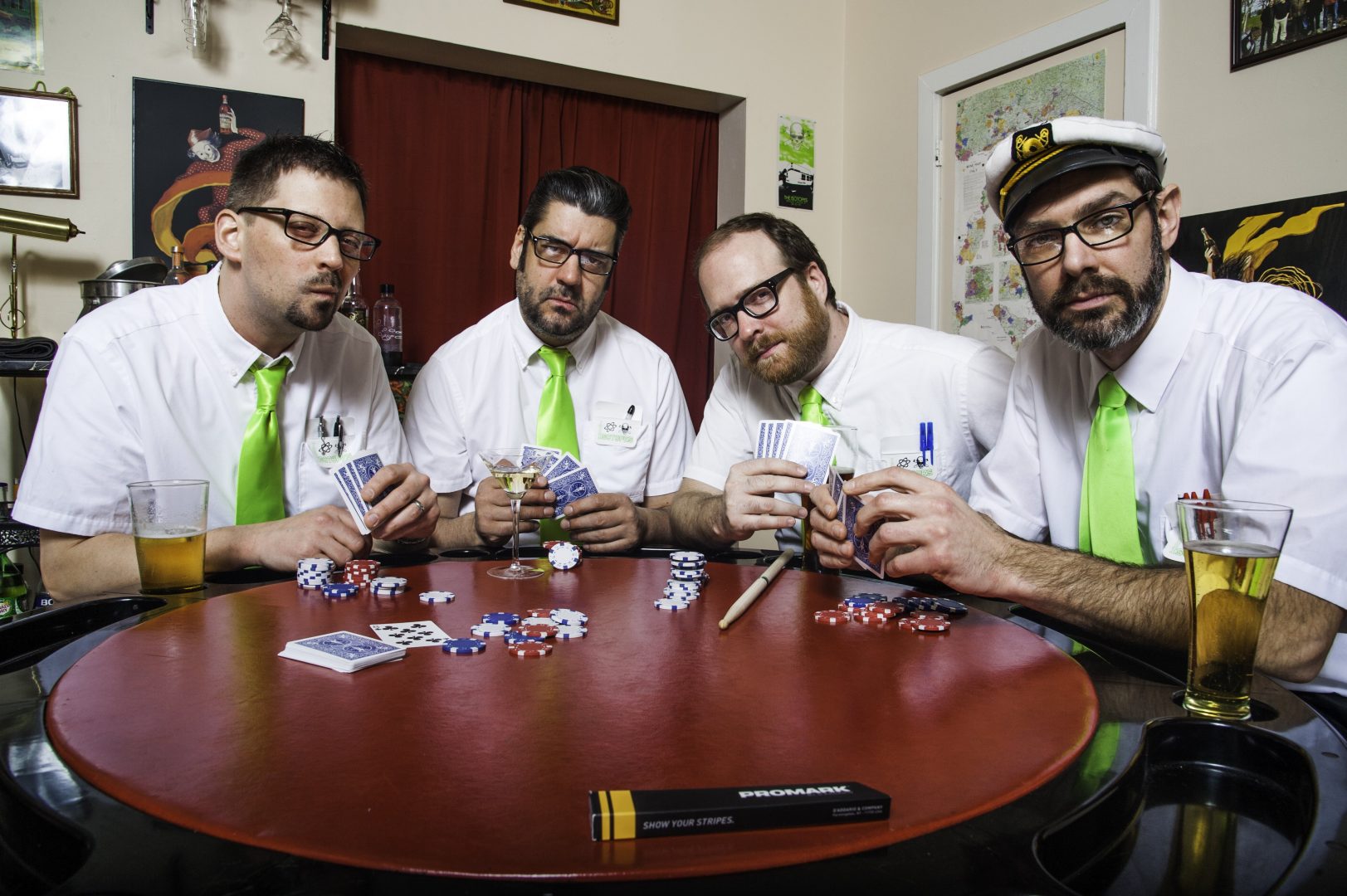 The Isotopes’ released their sixth studio album, The Isotopes Play Surf Music, in 2017. Their most focused album to-date brings the band back to doing what they’ve done best since forming in 2001, playing instrumental surf music in its many forms.
Their fifth album, The Isotopes Overstay Their Welcome, was released on vinyl by Archive Records and voted Best Local Album of 2013 by the readers of City Newspaper (and they’ve been insufferable ever since.)

But just who are the Isotopes? Are they super sweet instrumental rock stars? Are they scientists performing an experiment gone haywire? Are they skirt-chasing sociopaths with no conscience or sense of right and wrong?

They’re the Isotopes, Rochester’s premier instrumental rock band featuring gyrating go-go dancers, hilarious announcements, stage effects, nerd glasses and panty-dampening rock choreography. From traditional surf music first made famous by the likes of the Ventures and Dick Dale, to heavier rock riffs taken straight from the playbook of Deep Purple and Led Zeppelin, there isn’t a dry seat in the house as the Isotopes journey through an array of genres.